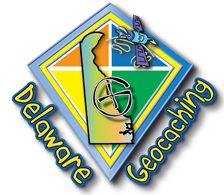 1. How did you become involved in geocaching?
My friend Lorma (of BenLorma07) called to invite me out with her husband for a hike and to look for ‘geocaches’ which I’d heard about but didn’t fully understand. I thought we were looking for geodes which I was game for! She suggested I create an account before we went out, so I did and had my mind blown by how many caches were out there, under my nose this whole time! There was one in my own neighborhood and I decided to go get that on my own, before the hike with Lorma. I didn’t have a gps and my phone at that time was a dumb phone so I opened google earth on my desktop, plugged in the coordinates, studied the map and off I went. When I met with Lorma and told her I’d found my first cache (& also realized I wasn’t looking for a geode) she said “You blanked in?!? And you found it?!?” I had no idea what she was talking about but suddenly I felt like a hero of some kind and was ready for more. We set off for Middle Run, which involved 2dnfs and had me on my knees crawling through a deer path. That took the ‘hero’ right out of me but I was still on the hook. I begged for a gps for Christmas, it came two weeks early, I opened it on the spot and was out the door that day…for more DNF’s. Lots and lots of DNF’s. And still hooked.
2. How did you choose your caching name?
It’s a gaming name I’ve used for a few years with some online draw games so I figured I’d stick with it- easy to remember! I’m also a bit of a creep- I love spooky ghost stories, graveyards, legends & creatures, anything paranormal and anything of a mysterious nature.

4. Which caches were the most challenging, either physically  or mentally?
Mike Ott’s & Waypointed’s caches. Mike Ott’s “Treasure of the Aztecs” GC1EN52 I really thought my head was going to implode. First of course I got excited about it being on an island (followed by disappointment that it wasn’t) then could not for the life of me work out the puzzle. I resorted to bribing Lorma for the answers in exchange for a clue to one of her DNF’s (also a memorable cache- GC4A2M3 ), then promptly lost the notes & coords she gave me. I couldn’t ask her to solve again so I was forced to actually use that thing in my skull and solve for myself. I made a little replica of the calendar wheel and did it! Two weeks later I found the notes & coordinates Lorma gave me hidden safely under a drawer. Waypointed’s puzzles…there’s one in particular that makes my eyes cross and I see all the found logs for it and think “My God I’m a dope”. I do fully expect to solve them at some point…or if not solve & maybe bribe Lorma again! The most physically challenging so far was recent- A Billy Goat got the Cache GC472DF- which had me sidestepping broken glass and clinging to a hillside. WORTH IT!
5. What are your current geocaching goals?
I’ve been trying to knock out the caches closest to home and branch out from there but I’d also like to do the Canal caches soon and get my find count up. I’m always on the hunt for secluded spots in upper Delaware for some of the hides I have planned. I’d also like to join a group for a day of caching at some point and will get a chance at the MothMan festival in WV this fall.

6. Where have you always wanted to go caching but haven’t?
Anywhere that isn’t in Delaware! I have yet to step outside of the state for a cache.

7. What is your most memorable caching experience?
The first time I had a cache archived by a reviewer! A big misstep on my part- that’s what I get for getting all my information from watching YouTube videos, not asking enough questions and jumping into hiding caches without enough finds under my belt! Another memorable but good experience was when I went geocaching while serving jury duty for a murder trial in Wilmington. During our lunch breaks I desperately needed to do anything but think about what I’d been seeing or hearing that day. I knew there was a cache nearby, so every morning & every lunch break I would look for this thing in the bitter cold. The second to last day of the trial I brought another juror with me, and couldn’t find it again even with two sets of eyes. I wasn’t leaving without that cache- I needed a win that day. I marched into the coffee shop, up to cashier and whispered to him “Look, I know this is a weird question but I know you’ve seen people snooping around there so you maybe know there’s a geocache hidden out there. Can you just tell me if it’s on this side of the street?” He looked me in the eye and said “I don’t know what you’re talking about. I don’t know anything about a geocache or where it might be hidden.” then pointedly looked directly behind me and toward a certain spot. I had it within seconds of leaving the coffee shop and you could hear me whooping from King Street. It was exactly what I needed on a hard day. My fellow juror had been geocaching once with a friend of hers and enjoyed the find- it was unique cache and still hard to spot even with the cashiers help.

8. What do you like about geocaching?
I’m a recluse and I work from home so I really wasn’t getting out of the house much other than errands and working on my garden. Physically I’m in terrible shape but this game has gotten me moving again, and outside in the real world…while playing a game! I’ve visited places that are so close to home that I had no idea existed or maybe knew about but couldn’t squeeze in a reason to visit like Waypointed’s FSC-2014 Wilmington Gibraltar Gardens GC5C1YQ. I can’t get my husband to geocache but I managed to get him to revisit that place with me and he was as gob smacked as I was the first time I’d been there.

9. Do you have some favorite caches in the area?
“Your Key To Cache” naturally. It blew my mind to see how large a cache could be and how dedicated people were to the game and building a hide. I love Martin Mitchell caches- they always come with a fantastic & magical element. I also loved “Park & Grab..Maybe GC4A2M3” because of the Aha Moment I had after probably a dozen searches. I could’ve floated home after that find!

10. Do you have any other hobbies or interests?
I do! I love to read, sculpt, paint, draw and muck around in my garden & ponds. If my hands are dirty I’m a happy camper. I also love researching abandoned graveyards & cemeteries and the history behind some of those forgotten places.

This entry was posted in Uncategorized. Bookmark the permalink.