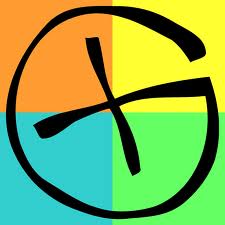 1.     How did you become involved in geocaching?     In 2005 I bought a GPS unit just because they were “cool.” A few months later a friend mentioned a use for the unit- Geocaching. I joined on the last day of Dec., 2005 and found my first cache in January.

2.       How did you choose your caching name?     While living in NJ, we had been coming to Rehoboth Beach since 1985. We had a NJ personalized license plate “REHOBCH”. Many of the locals here call Rehoboth, Reho , so it seemed like a natural for me.

3.     What type of cache do you prefer seeking – traditional, multi, and puzzle, virtual?     When I first started, I liked them all- especially puzzles. As I’ve tended to slow down on finding caches, I mostly go for traditionals and a few puzzles that I have solved here & there.

5.     What are your current geocaching goals?     We’re not caching as much as we used to but we have finds in the whole Eastern section of the country- over half the states. We might try for a few more states and countries.

6.     Where have you always wanted to go caching but haven’t?      Probably California and Oregon.

7.     What is your most memorable caching experience?     My most memorable caching experience was in Barbados. The GPS unit did not have any local maps in it, so we had to use a local paper map and just the compass pointer on the GPS. It certainly took a little longer but we found 4 of the 5 caches in Barbados at the time (the other was missing).

8.     What do you like about geocaching?     I like the challenge of solving puzzles and finding caches. But we have met some very good friends through Geocaching including IMSpider, 2B’s, hostanut & LadyH, and many others, so meeting new people and seeing new places that you would not have seen is also great. News flash- of course I also really like to create puzzles and currently have placed 227 of them as well as having created several them for other cachers. I might still rely on red herrings but my puzzles will be getting easier not harder (no more Evil 5 star puzzles).

9.       Do you have some favorite caches in the area?     JohnnyKay, Spatial Distortion, hostanut, & I kind of had a puzzle challenge going on for years. Sometimes we would get together to solve puzzles, but when they would create a puzzle, it was always a challenge. One of my favorites is “Stop” the Herrings- GC38Q3R, which JohnnyKay and Spatial Distortion placed down in this area as a tribute puzzle. I really struggled with that one for a while. I’ve struggled with several hostanut puzzles, but always liked them. I also really liked “Intoxicated” by soflfamily of Florida who placed that cache in MD. Again, after a struggle, I was first to solve and find on that one as we had never gotten a FTF in MD before. We now have FTFs in 11 states (including Maine, Florida, and Missouri) and 2 countries (US & Canada).

10.   Do you have any other hobbies or interests?     I am a docent at the University of Delaware in Lewes. We give tours through the Marine Science buildings here. We also get to audit the professor’s classes free, which are all graduate classes. I also volunteer on a Condo and a Homeowners Association board of directors.

This entry was posted in News. Bookmark the permalink.